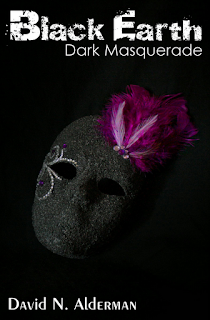 As the Earth continues to fall into destruction the young Nathan Pierce and his allies race to rescue his sister Daisy from her immanent public execution. The president of what’s left of the United States is grabbing all the power she can, as the malevolent alien force Legion, along with their demonic allies, continue to transform the Earth into a violent, dark and frigid world.

The saga of Black Earth continues on in the third and penultimate in the series, Dark Masquerade. Like the previous novels, Alderman has several story arcs that run alongside each other. Most of the characters in these storylines cross paths at some points, while other characters seem to be waiting to meet until the final story in the saga. Whereas many books that attempt this sort of divided attention have a difficult time maintaining either focus or interest in the story, Dark Masquerade (and indeed the entire series so far) does not. Alderman is very skilled at creating unique and engaging storylines through the world of his stories. The reader has no problems keeping these storylines and character separated, while keeping the overall story moving forward. This book was a little slow in the beginning, but picks up and explodes after the first few chapters.

The characters of Dark Masquerade are equally engaging, and Alderman gives us a great variety of believable and relatable characters. From the chain-smoking ex-timeline cop Macayle, to the self-described sexual predator Cynthia Ruin (who in reality is a terribly broken person), the characters contain a great deal of depth and the reader readily identifies with them. There’s a few two-dimensional characters in the story, but most of them don’t stick around (or survive) for too long to really matter. The one exception to this generality is the president, Amanda Stone. She’s a “two-and-a-half-dimensional” character, that I wish was fleshed out a little better, but fortunately is the exception, not the rule.

In summary, Black Earth: Dark Masquerade is a piece of well-written, enjoyable, and often profound story of science fiction art. Alderman writes as a Christian, and there are certainly Christian themes in his stories, but they are a part of the story, rather than a sermon unnaturally inserted into the story. Some of his characters are believers, some aren’t, but all of them are flawed in their own ways. And unlike so much of “Christian Fiction” (which I wouldn’t do the disservice of labeling this book as) Alderman presents life as it is. Amidst the towering demons, the vicious Legion force and systematic destruction of Earth, the characters curse, use sex to get what they want, smoke, fear, laugh, cry and make horrible choices . . . just like in real life . . . just like in the world most people live in. So, even though portals are opening, hulking beasts are consuming people by the truckloads, and the sun is all but blotted out from the face of the earth, David Alderman paints the picture of a world that all of us recognize as real.

Dark Masquerade sets the stage for the final book and gives the reader a reasonable ending for a second-to-last series book. Any fan of science fiction, fantasy, supernatural drama or apocalyptic stories really ought to read this fast-pace, and engaging series.

Nick Jonas where he doesn't belong 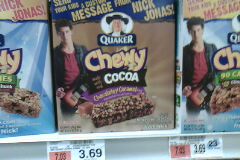 Sweetie, you have diabetes.
﻿

Email ThisBlogThis!Share to TwitterShare to FacebookShare to Pinterest
Labels: where it doesn't belong

Lime where it doesn't belong 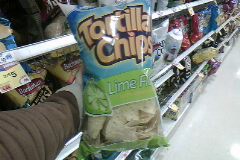 Now save a step when drinking Corona!

Email ThisBlogThis!Share to TwitterShare to FacebookShare to Pinterest
Labels: alcohal, where it doesn't belong

Chocolate where it doesn't belong 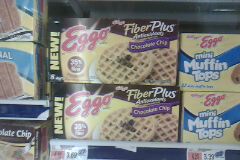 Email ThisBlogThis!Share to TwitterShare to FacebookShare to Pinterest
Labels: chocolate, where it doesn't belong

10 Reasons You Should Choose Llamas Over Horses

Are you writing a fantasy novel?  Do you find yourself tired of writing the same old animals?  Are you fed up with horses, who do nothing but carry people, pull carts and demand attention?  Do you ever wonder if there’s an animal out there that can do more, without being so elitist?
Well there is!  Introducing

Llama are large animals perfectly suited for all of your questing needs!*  Llamas have uses in the industries of transportation, farming, clothing, fire-building, tanning and food production.
1.       Does your quest take you to the highest reaches of the Forbidden Mountains? Llamas can travel at high altitudes without getting winded, higher altitudes than lowland animals like horses.

2.       Crossing the barren plains?  Llamas don’t need to stop for water when traveling.  It’s enough for them to drink at the end of the day.  Unless, of course, there is no water, in which case they can get moisture from green plants like shrubs and lichen.

3.       Rocky terrain?  A llama can pick their way over rocky terrain more easily than horses.

5.       No firewood?  Llama dung can be burned in fires.  They even conveniently poop in the same place every day.

6.       Change of wardrobe?  Llama hair can be spun and woven.  Their outer hair is used for ropes and rugs and their undercoat can be used for clothes.

7.       Need some personality?  Llama’s let you know when it’s time to take a break, or you’re asking them to carry too much.  And like their cousin the camel, the llama spits.   But only with each other (usually).

8.       Are a you a shepherd who needs someone to look after your flock while you go questing?  Llamas can be used as guard animals.  (This is a relatively new discovery.)  They will adopt the sheep as their own heard and scare off coyotes and other predators by spitting, stomping and running towards them aggressively.

10.   Want more llamas now?  Female llamas don’t go into heat; they can breed anytime.  Just stick to llamas in a pen, put on some Barry White and in little less than a year you’ll have a baby llama!

Stop wasting time and get your own llama, today!

*This is not a guarantee.  Please note that llamas cannot carry adult humans, only small children.
Posted by Meg at 5:00 AM No comments:

Chocolate where it doesn't belong 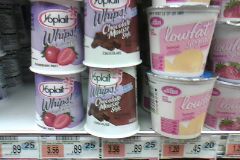 Email ThisBlogThis!Share to TwitterShare to FacebookShare to Pinterest
Labels: chocolate, where it doesn't belong

The research for my new book has lead me first to pre-Columbian civilizations of South America, meaning civilizations that existed before 1492, like the Maya, Aztecs and the Inca.  (Remember those from elementary school?)  My first stop on the tour is llamas.
﻿ ﻿
Llamas.  Somehow, I always knew it’d end like this.
You see, in 1st grade my class went on a field trip to a local game farm to see the animals.  At that time I was afraid of cats and dogs and would cling to my mother’s leg whenever we were near them.  At the farm, the animals were behind fences, so I was all right.  I had a good time walking around with a small group from my class with my mom as chaperone.
Then we went into the petting area.
﻿﻿
The petting area consisted of baby animals, who where smaller and couldn’t hurt us.  Their diet must have consisted entirely of handouts from school children because as soon as we went through the gate they crowded around us like zombies looking for brains.
﻿﻿
I went berserk and jumped up on top of a bench, crying and screaming as the animals kept bleating at my feet.
I was a bit preoccupied to notice what specific animals were begging me for food,  but one of my classmates insists that it was a baby llama that did me in.  In high school we had French together and he ever learned how to say “llama” in French just so he could tease me and look like he was still working.
So I wasn’t surprised when I realized I’d have to be researching llamas for my book.  I knew we had unfinished business.
﻿﻿﻿﻿
It turns out though, that llamas are pretty cool.  You can’t ride them but they’re a lot more hearty and agile than horses. They even hum.
That’s why next week I’m going to tell you 10 cool facts about llamas, and why you should choose them over horses when writing your next fantasy novel.